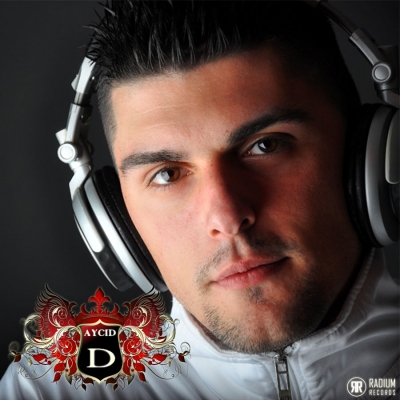 Aycid-d is a DJ and music producer from Hamburg Germany. In the inspiring music scene of Hamburg Aycid-d found in 2001 fast fallen in the electronic music and decided to try it itself.
He had his first appearances as a DJ in the DOCK Hamburg, Vision-X (Resident DJ), Raiders cafe, Electro base (disco Blue) where he inspired fast the masses.
In 2008 produced he the first ideas and tracks and developed fast. This was quick to him clearly, producing a firm component for him is.
Topically Aycid-d works on his first tracks.  For the future, he wants to develop as prosaying 'du' and DJ and draws inspiration for it from live and the music itself, we can be curious what we will hear in future still from him!