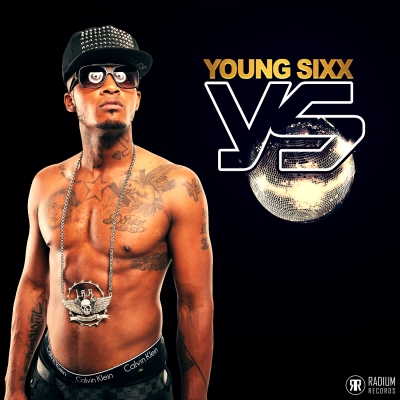 Few artists are truly global but then again few artists are like YOUNG SIXX. Hailing from Cali but Sixx has expanded and made a name and a home in Europe.

And with influences like 2 Pac, Jay-Z, and Kanye West, great broad ranging music is what you can expect. Sixx brilliantly mixes a wide range of sounds and lyrics into his music and has done just about everything an artist can do musically.

“My style is like water/musical and fashion wise... I can get into anything...music wise from the surface you never know how deep the water is.”
Sixx ‘s versatility is an asset but it is his grind that separates him from the pack. “My grind every artist has one but I set off to a country that don’t speak my language/ and I don't speak theirs and

I make it happen my determination and humbleness and just love for the art is so obvious to anyone who has worked with me…and unlike many artist i can cover any topic/genre and sound so comfortable... and never come off like a gimmick or

a factory made artist.” With a military background Sixx was well traveled at an early age which influenced him personally and now musically. His musical journey started in Europe.

“I started from a freestyle battle in a club overseas in Germany... I use to write in lyrics in high school but my first musical experience was from working with a independent label overseas who took me in as an artist, and being around them I started to develop my craft and the passion was uncovered.” And with that Sixx immediately got on his grind and started recording, networking, and performing. Sixx has dropped numerous mixtapes, singles, and videos and has performed in Germany, Malaysia, Slovakia, and Dubai and has performed with everyone from 50 Cent to Fabolous.

He has a very particular career highlight thus far. “my performance in Africa was the best... very informative and educational to see the culture and not to stereotype and be blinded by the media.. and the love they gave me was like no other… just inspirational.”
Sixx is still on his grind and constantly in the studio turning out new material and continues to travel the globe performing for his numerous fans and starting his own record label I.A.R. Entertainment and a new movement “Eurolife”.

Everyday Sixx breaks cultural barriers through his music truly making him a rare breed of artist and something he revels in. “I love how music is the universal language and a passport to the world... because of music I've traveled the world... with music you can communicate to anyone.”
And he has big goals for his life and his career. “I want to be a music mogul like 50/Jay-Z /Diddy and make someone’s top 5 list of all times.

” But he remains grounded and knows why he hustles so hard.

“My goals in life is to be successful but before anything a good father and present my son with opportunities I never knew existed.

” YOUNG SIXX is clearly on his way to being the next global hip-hop star.